The Indian Education Society was founded in 1912 by a tiny band of young and dedicated College teachers who gave the best years of their lives to the society and its Colleges. They were S. V. Nabar, B. N. Vaidya, V. N. SuIe, P. Y. Patkar and M. D. Harne. The little seed these stalwarts sowed grew into a mighty tree with several branches, Colleges and colleges. In the later period, the Indian Education Society was served brilliantly by Manik Lotlikar and Padmakar Dhamdhere. Under their care and tutelage the society developed into an institution managing over sixty Colleges, a junior college and two professional colleges - a College of Management and a College of Architecture. The Colleges of the I.E.S. have been a nursery out of which have blossomed enormous number of persons with varied talents.

Colleges have produced some of the leading scientists and researchers, scholars and teachers, engineers and doctors, brave members of the armed forces, cricketers and swimmers, theatre and film personalities as well as the first Indian idol! The Indian Education Society is committed to serve the community with the best kind of education. It has taken innovative steps in the field of education like e - learning, encouragement of technical education at the College level, digitalizing of libraries, introduction of new streams like the ICSE, etc. The Society has also initiated the process of accreditation of its Colleges by the Quality Council of India begining with the NES Campus in Bandra East. In establishing a junior college the IES affirms that it would provide the best facilities and resources to its students. In keeping with the high standard the IES has maintained in the past, we hope to have a junior college which would become soon the first choice of our students. The Indian Education Society believes that in cooperation with the heads of our institutions and teachers and parents / guardians and students, we can scale still greater heights of excellence and educate our young to become worthy citizens of our country.

The Indian Education Society commonly known as I. E. S. in the educational circles is considered as one of the largest educational trust in Maharashtra. This trust is 94 years old. The first school was started in 1912 under the name of King George English School by a handful of dedicated social workers. These founding fathers believed in the spread of education as the necessary ingredient needed for achieving freedom.

The schools teach in two media i.e. Marathi and English. The Students strength is approximately 70,000 who are taught by well trained teachers. The IES also runs three colleges: College of Architecture, College of Management and Research Centre and Junior College at Bandra.

In the year 2002, the Maharashtra State Government honoured IES by declaring it as An Ideal Educational Institute. For the overall development of the students, the society undertakes a number of schemes, programmes and projects in different campuses of IES schools.

Indian Education Society or IES is a 94 year old Public Charitable Trust, committed to education. The humble beginnings of IES can be traced back to 1912 when 5 teachers laid the foundation of ‘The King George English School’ as they were inspired by the opinion on education of King George V who visited Mumbai then. It was formally founded on 29th September 1917 at Dadar, by a group of 7 dedicated visionaries whose main objective was to impart education for all.

Today IES has 62 schools and 3 colleges. The Pre-Primary, Primary and Secondary schools are spread out in Mumbai, Thane and Raigad districts. The schools teach in 2 media ie English and Marathi. The colleges are College of Management and Research, College of Architecture and Junior College, which are at IES Bandra Campus west and east respectively. Nearly 70,000 students are taught by trained staff in these schools and colleges.

IES aims at inculcating right values in the students as they are the future of our country, hence its motto is ‘Value Addition Through Education’
In the year 2002 the Government of Maharashtra rightly declared IES as ‘The Ideal Educational Institution’

A glorious past and an illustrious present

A young sapling planted initially has blossomed into a tree spreading its branches and stems of education far and wide, the perfect example being Indian Education Society.

In the year 1911 King George V visited India
He believed that "Education means training which widens our mental horizons". His great passion for education, encouraged people to spread its light by starting more and more schools.

King George V visited India in the year 1911. The modest, simple calm and peace loving person made an announcement of "Education and Agitation. His great passion for education, encouraged people to spread its light by starting more and more schools. At times he also rendered a helping hand because he believed that "Education means training which widens our mental horizons".

The dream became a reality in 1926
Late Shri Mathuradas Visanji contributed to lay the foundation, which branched out to different schools as seen today in Raja Shivaji Vidya Sankul.

This dream became a reality in 1926 when Late Shri Mathuradas Visanji contributed Rs.60,000/- and one lakh twenty three thousand rupees were contributed by several other people. With the help of these funds, seeds were sown for a strong foundation, which branched out to different schools as seen today in Raja Shivaji Vidya Sankul. This small institution was nourished by late Shri B.N.Vaidya, Late Shri S.V.Nabar, Late Shri P.Y.Patkar, Late Shri Manikrao Lotlikar and Late Shri Padmakar Dhamdhere and because of their immense contribution and sincere efforts, it has reached the pinnacle of glory today.

First Girl's school was started at Ashlane, Dadar (W) in 1918
Mahatma Jyotiba Phule was instrumental in smooth working of the school. It helped to cultivat the seeds for a new girls school and a school for boys at Dadar.

Keeping in view the social environment the first Girl's school was started at Ashlane, Dadar (W) in 1918. This school has been renamed as "Mahatma Jyotiba Phule Kanyashala" in appreciation of the Work done by Mahatma Jyotiba Phule - the founder in the field of Women's education. The number of the students went on multiplying with the result that the "Girls' School No. 2" was started at Hindu Colony, Dadar in the year 1937. The institute continued its quest for excellence and in order to meet the growing demand of school for boys at Dader (West), Pinto Villa Boys High School started in the year 1939. This school was later renamed as "S.V."Nabar Guruji Vidyalaya" in recognition of his dedication to work.

Because of the growing popularity of English Language, convent schools were becoming the center of attraction. With a view of imparting our Indian cultural values in English, English medium school was started in Dadar in 1968. Besides academics, on account of the various cultural activities carried out and also due to the homely atmosphere created, demand for new schools at various places gradually increased and thus started a series of new schools.

I.E. Society has spread its wings in all directions. All these schools are achieving creditable success by bagging laurels in various fields.

Architecture and Management College was also started at Manik Vidya Sankul as per the demand of today's generation. Because of effective management and qualitative education, the colleges have become quite popular and are progressing rapidly. The first batch appeared for the examination in the year 2000.

As the institution was heading towards achieving the largest and the best possible qualitative output, there was some dissatisfaction regarding the English name given to the school and unanimously it was decided to rename "King George English School" as "Raja Shivaji Vidyalaya" in 1974 in memory of the Great national hero "Shivaji Maharaj" who laid the foundation of Maratha power in India. Smt Sumitraraje Bhosale and Shri Babasaheb Purandre were the chief guests for this inaugural function.

The school was shifted to the new building in 1977. The memory of Shivaji Maharaj - embodiment of justice and tolerance, a guiding inspiration for the coming generations should be cherished with love and respect. With this viewpoint, statue of Shivaji Maharaj is installed in the school campus in 1989 by the Dnyanpeeth Award winner Kusumagraj alias V. W. Shirwadkar and the entire campus is named as "Raja Shivaji Vidya Sankul". It was a memorable event when Hon. Life Membership of the institution was conferred on Kavi Kusumagraj. Out Institution will always salute this humble and great architect.

Special feature
Some of the retired Heads, Teachers and other staff volunteer their services which the society is very glad to accept.

A special feature whcih deserves mention is that some of the retired Heads, Teachers and other staff volunteer their services which the society is very glad to accept. Their rich experience is thus available to the Society in its working. The Governing Council of course consists of all Ex-Students who have attained distinctions in their life and so offer their honorary services in the cause of education.

Amongst other functions the Society is very particular to celebrate 15th August, 26th January and 1st May as special days. Invariably retired personnel of the Military, Swatantrya Sainiks and distinguished personalities are invited to these functions, which serves as inspiration to the Teachers and Students. A special feature, which perhaps happens in our society, only is that a Student who has stood first amongst IES students at SSC examination does the Flag hoisting.

Indian Education Society has always been a leading educational institution with a rising graph of progress in education and student's excellence stressing upon values and quality education IES Kindergarten at Ash Lane ( Babarekar Marg ), was started on the 13th of June 1977.

The working of KG was very much liked by all which resulted in the gradual growth of classes to four divisions of Junior and Senior KG and a division of Mini KG.

As everyone knows experience makes everyone perfect, so did our KG. It became one of the Best Kindergarten in Dadar (West). IES Ash Lane KG has always believed in imparting quality education to Tiny-Tots and co-operation of parents. Parents too believe in our way of nurturing students. Currently to bring down student-teacher ratio we are restricting the number of Students' strength in every class. Surely under the able guidance of the Headmistress Smt. Geetanjali Yeshwant Desai IES Kindergarten Ash Lane, will achieve great success. 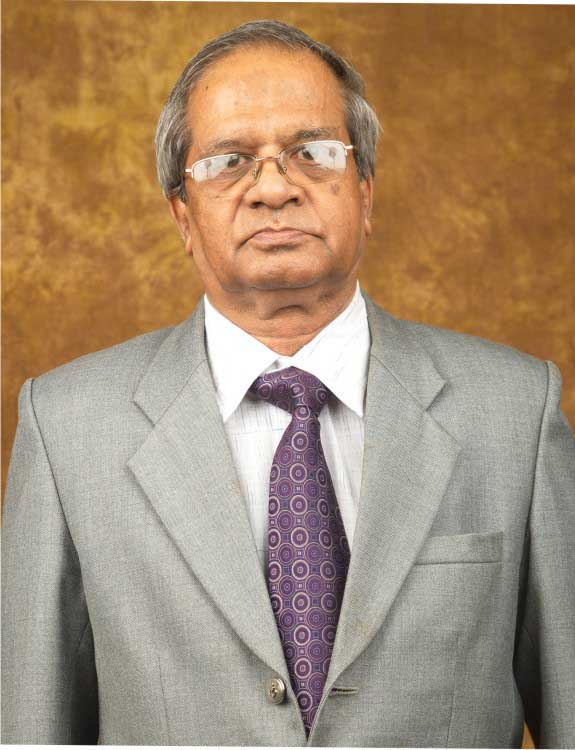 Today, in a world where society is increasingly fragmented and polarized, our school remains a community where honesty and integrity matters. Humor and hard work are equally important values, and the process of education is as important as the grade.

The school provides a platform for the children to show-case their talents and discover a new facet of their personality by acquiring the necessary skills needed in life. Such an all round system of education has helped IES Ashlane English Primary to produce an ever increasing list of alumni who have made a name for themselves in diverse fields.

I welcome parents and students to be a part of our family to share common ideas and aspirations as we build through a challenging and enriching educational experience for our students.

Welcome you all as the Headmistress of IES Kindergarten Ash Lane. Our Kindergarten plays an important role in motivating, encouraging the tinytots to showcase their excellence in various fields.

Every child is special and born with some specific talent. IES KG Ash Lane tries to explore the same & groom it to its fullest. IES's motto of "Value Addition through Education" is provided in IES KG Ash Lane. Parents find tremendous change in their child after completion of SR. KG curriculum. Children come out to be smart, outgoing, confident and surely become successful.

To become a role model for other KG in the vicinity by bringing about changes as required by the modern society in the following way:

To develop, nurture and to boost their confidence by developing their language skills.

1. It should be a home away from home.

3. To instill discipline, civic sense & give opportunities to interact in social settings.